Today is Human Rights Day 2016. Every year on the 10 December we commemorate the day on which, in 1948, the United Nations General Assembly adopted the Universal Declaration of Human Rights. So on this day, when we think about how we can stand up for human rights both here in the UK, and all over the world, we are sharing a guest blog post from Lina Duncan, a midwife (@MumbaiMidwife), who has written about her experience of childbirth in India… 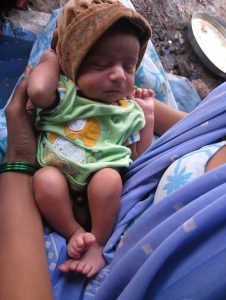 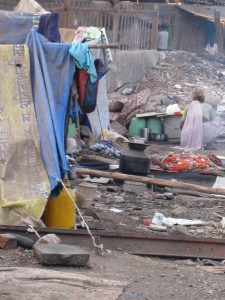 I have lived and worked in urban India for nine years and during that time I have found that midwives are missing from the system. I have witnessed how hospital policies, mixed with religious or family tradition, harm women and their babies.

I have heard and read hundreds of stories about women in India who have been pressured into potentially unnecessary interventions with inaccurate, fear-mongering information. This breaks women. It damages them before they even begin to birth and care for their babies. Most women do not speak of these things because they are told that a healthy mother and baby is all that matters.

I have seen and heard of many tragic situations of pregnancy loss or stillbirth where the mother was not told the truth. In each case, the mother was told her baby was in the NICU. She was lied to and denied the right to meet her baby, to make memories, to grieve, to hold her baby. Mothers are too often then silenced in their grief.

I do not believe that a healthy mother and a healthy baby are all that matters. I believe that the truth also matters. Facts, and language, are vital, so that women have all the information they need to make informed decisions. This is especially the case when a care provider has to give difficult, or potentially devastating news.

I have a friend. She looks a little wild, maybe that’s why I liked her from the start. She often has a vacant look in her eyes. Frequently, she adjusts her clothes and shows me bruises from her alcoholic husband.

She doesn’t know her birthday, nor her age. She looked about 22 when I first knew her, pregnant with her first son who was born in a temporary shelter where she was living on a disused railway platform.

Fast forward a couple of years. I have not seen her for months. Her chaotic life is mostly about daily survival. She feeds her drunk husband first, of course. Then, her son, and then, her pregnant self. She has not had any antenatal check-ups. I persuade her to go with me to the government hospital, with son in tow because she is afraid to leave him with his father.

I show her what to do and entertain her lovely unruly son who is filthy. Everyone stares at me, and her, and it’s awkward and tedious. It takes about seven hours to get completely registered. She is prescribed vitamins, calcium, protein powder. I get her a few of the important ones and open them so they can’t be sold for liquor.

I don’t see her again for months and I worry.

One day she rocks up and calls my name. She is 39 weeks pregnant. She has had no antenatal care for 30 weeks. She does not want to go back to hospital but her husband thinks it’s a good idea. I go with her. The son stays at ‘home’.

The hospital wants to see a sonogram. The machine is broken. We have to pay 400 rupees (£4) for a private one. She has 10 rupees only. I pay. It takes forever.

I’m ‘not allowed’ in with her. Then the curtains are drawn back and I’m invited in. I know it’s not good news. ‘No heartbeat and only part of the brain,’ says the sonographer, to me. My heart sinks. I ask him to tell my friend as my Hindi is not good enough. He tells her and she smiles and says, ‘let’s go get lunch’. She has not understood.

We get food and find her husband, who is drunk, and her 3-year-old son, who has bloody knees and chin from playing alone in a building site. She is angry. I call my consultant doctor friend who works in a government teaching hospital. He invites us to go there immediately.

Another sonogram. Heavily pregnant woman with confirmed anencephalic baby. Drunk husband. Three-year-old doing somersaults all around the hospital wearing his father’s t-shirt and nothing else. We are a laughing stock and I am requested to stay and admit my friend for induction and then remove the husband and son.

She is disturbed that her son is alone with dad and they are not ‘allowing’ her out of hospital. The hospital requests that she fasts and start induction at 5am the following morning. I ask several times, politely, if I may accompany her but it is not allowed. Baby is breech and still alive. I have had lots of conversations with her about what to expect. It hasn’t sunk in. She either doesn’t understand or doesn’t want to.

That night, I tell her I will come and I will be outside the ward until she gives birth and they let me see her. I tell my friend that when she feels alone, she can know I am just on the other side of the wall. This breaks my heart. I am a midwife.

She has to go into the labour ward alone.

A colleague and I sit on the floor outside the labour room for 19 hours. Being a doula through a wall is very hard, especially knowing what she is about to face. No one should have to labour and birth without a companion.

Around 1am we are called into a little room to look at her little girl who has been born dead. I ask to take a picture for my friend. They assure me that she will be shown her baby but don’t let me in to be with her. I take pictures on my phone. They are lovely doctors but I am so angry.

At 4am they let me in to see her and ask me to buy her tea and food. It had been about 30 hours since she has eaten.

It is easy to find her, sitting up in bed with a big grin, announcing she is starving and asking where her food is. I ask her if she has seen her baby and she says, ‘not yet’. I ask her if she wants to see my photos and she says yes. I tell her that her baby was not born alive, that she was a girl, that her heart had stopped beating before she was born. I tell her the truth. She doesn’t ‘hear’ it. She smiles, asks me to come back in the morning and goes into a deep sleep.

In the early hours of the morning my phone rings. Sobs, deep sobs and demands. ‘Come now’, she says. ‘They have killed my baby,’ she says. My friend is distraught in a room full of mothers with their babies.

The day she is discharged I go to bring her home. She’s a darling and so feisty. She laughs and jokes until we walk arm in arm out of the ward. Then her body begins to shake. She says, ‘I came here to have a baby and I’m leaving with empty arms’. I have tears running down my face as well and passers-by gave us kind looks.

My colleagues and I make many visits over the following days and weeks. The family like to see the picture on my phone.

My friend has since had another baby. Her husband sold her when she was only 2 weeks old. This is one woman, one story and she represents many that live in a silent story of abuse and disrespect.

Many of us are longing for the Human Rights in Childbirth conference to be held in Mumbai, February 2017. We hope to hear many women’s stories, hear from researchers, and talk about how a midwifery model of care can be introduced in India. Do follow the conference, and join in the conversation. #breakthesilence 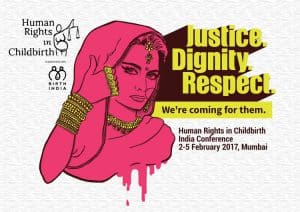