The Court of Appeal hears the case of CP v Criminal Injuries Compensation Authority today. It will be considering whether consumption of alcohol during pregnancy can constitute the crime of poisoning. Birthrights and the British Pregnancy Advisory Service (bpas) have provided written submissions to the Court to highlight the serious potential consequences for women’s health and autonomy.

You can read our submission to the court here: BPAS-Birthrights CP v CICA Intervention

In the case, a council in the North-West of England is seeking to prove that the mother of a six-year-old girl born with Foetal Alcohol Syndrome (FAS) committed a crime under the Offences Against the Persons Act 1861 by drinking during pregnancy. The case is of profound social significance, as if the court were to interpret the law as requested by the council, it would establish a legal precedent which could be used to prosecute women who drink while pregnant.

Similar developments in U.S. have resulted in the incarceration of women. Consequently, the American organisation National Advocates for Pregnant Women (NAPW) have called on the court to ‘reject efforts to create criminal penalties as a mechanism for addressing health problems women may face during pregnancy.’

FAS is a complex condition, denoting a collection of features including retarded growth, facial abnormalities and intellectual impairment, and there is continuing uncertainty in the medical community over the relationship between alcohol consumption and harm t 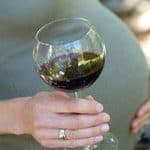 o the foetus. While it occurs in babies born to alcoholic women, most babies of alcoholic women will not be affected, as other factors – including nutritional status, genetic make-up of mother and foetus, age and general health – are also believed to play a role. There were 252 diagnoses of the syndrome in England in 2012-2013.

Pregnant women with addiction problems need rapid access to specialist support services, as do children born with disability caused by drug or alcohol abuse. Birthrights and bpas do not believe that mothers and their babies will be best served by treating pregnant women who need help as criminals.

“Viewing these cases as potential criminal offences will do nothing for the health of women and their babies. There is a strong public interest in promoting the good health of pregnant women and babies, but, as long-standing government policy recognises, this interest is best served by treating addiction and substance abuse in pregnancy as a public health, not criminal, issue,” said Ann Furedi, chief executive of bpas and Rebecca Schiller, co-chair of Birthrights.

“As well as undermining women’s ability to make their own choices while pregnant, women with substance addictions may avoid engaging with health services or feel compelled to terminate their pregnancy rather than continue and face criminal sanctions. It could also make health professionals responsible for reporting women in their care to the police.”

“Both the immediate and broader implications of this case are troubling.  Making one particular form of behaviour during pregnancy into a criminal offence would lay the ground for criminalising a wide range of other behaviours because they may too pose a risk to the health of the baby. When we consider that the taking of necessary medication, such as treatment for epilepsy or depression, or the refusal of a caesarean section could be seen to fall into the category of maternal behaviours that may damage the foetus, the trajectory of such an approach is deeply worrying.”

“We should take very seriously any legal developments which call into question pregnant women’s fundamental right to bodily autonomy and right to make their own decisions. Pregnant women deserve support and respect, not the prospect of criminal sanction for behaviour which would not be illegal for anyone else.”

More details about the case are available in our previous post.