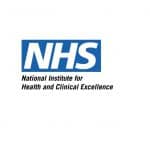 Here we are again: home versus hospital versus midwifery led unit. Which place is ‘safer’, which mothers are putting their babies ‘at risk’ and so on and on. The place of birth debate is back in the news after NICE published its consultation into its guidelines on choosing place of birth. It plans to revise its guidance to recommend that women with ‘low risk’ pregnancies are advised by their midwives to give birth in a midwifery-led unit (an MLU), and for low risk second-time mothers, at an MLU or at home. The recommendations are based on the Birthplace Study, which was published in 2011, and has already has a significant impact on the advice given to women in the UK.

As ever, the debate neatly divides women into two groups: ‘low risk’ and ‘high-risk’. Each woman is expected to make her choices in line with her label. But risk is a political concept, particularly in maternity care. It can reflect discriminatory assumptions (just look at how obese and older mothers are treated). It can be used to enforce shocking violations of women’s autonomy (witness recent forced c-section cases in the UK and Brazil). And yet no one questions what ‘risk’ means and who determines it, or whether there might be something other than risk to consider, say the long-term physical and psychological health of the mother or the integrity of the family unit. We fixate on the risks of childbirth, which are generally fractional, and forget what childbirth is about: the creation of a family, making sure the mother and baby come out of the experience attached to one another and not torn apart by birth.

The only way to respect each individual woman – low risk or high risk – is to ensure that she has a relationship with one midwife throughout her pregnancy and labour who she can trust to provide her with balanced information and empathetic support. A midwife who will stand by her as she faces the inevitable and unavoidable risks of being human.