Last week women’s choices in childbirth became the focus of legal arguments in the European Court of Human Rights for the second time. Two women challenged the Czech government’s refusal to permit midwives to attend their births at home, arguing that their rights to autonomy and privacy under Article 8 of the European Convention on Human Rights obliged the government to make home birth a legitimate, state-sanctioned choice. The Court considered similar arguments in Ternovszky v Hungary in 2010 and concluded that women’s right to choose to give birth at home was protected by the European Convention. It seems unlikely that the Court will change its mind in Dubska v Czech Republic, but the case has prompted renewed discussion of the issue in the UK.

The right to make decisions about childbirth has long languished at the neglected end of the spectrum of reproductive rights. Abortion has attracted more attention, perhaps because it has traditionally been an easier subject for feminism than the entry into motherhood. The European Court cases emerging from eastern Europe mark a new legal frontier in childbirth that coincides with grassroots women’s movements in countries around the developed world that seek to wrest childbirth from the control of healthcare facilities, with their sometimes dehumanised and degrading procedures, and return it to communities and into women’s homes. The stark legal question – do women have a right to give birth at home – is asked against the backdrop of this feminist uprising.

As so often in the law, there is a simple answer to a question, and a longer one that leaves you (if you’re a lawyer) hungry for litigation to clarify things. Simply put, of course women have a right to choose to give birth at home. They cannot lawfully be forced into hospital. But most women who choose to give birth at home would do so only with professional assistance from a midwife. They seek assurance that this negative right to refuse hospital care translates into a positive right to support at home.

The European Court of Human Rights recognised the existence of the positive right in Ternovszky v Hungary. It found that women were entitled to a ‘legal and institutional environment’ that facilitated their choice of home birth. The Court understood that the choice was an expression of autonomy made in the knowledge that freedom is easier to achieve in one’s own home than in a state institution. The Court found that women’s birth choices ought to be granted legal protection from arbitrary state interference and Hungarian midwives had to be free to attend women at home without fear of state recrimination. The Czechs are likely to face a similar ruling in the Dubska case.

Midwives in the UK are already under a professional duty of care to attend a woman who requests her assistance at home. This duty reflects the state’s obligation to protect life under Article 2 of the European Convention. If a hospital refused to send a midwife and the mother or child suffered injury or died, there would be serious legal implications for the hospital and midwives involved.

Barbara Hewson, a barrister writing in the Independent last week, has suggested that the unpredictability of childbirth – couched in her professional knowledge of home births gone wrong – makes assistance at home birth unsuited to recognition as a positive legal right. The Czech government made a similar argument before the European Court. But study after study has vouched for the safety of birth at home, for its cost effectiveness, and, indeed, for the significant health benefits that it brings to mothers. Both risk and cost have proved to be emperors’ clothes, tailored to obscure women’s choice.

As Hewson explains, there are undoubtedly limits to women’s right to midwifery assistance at home, but those limits will have to be coherently articulated by their advocates. Risk factors specific to the mother may be one example, as successfully relied upon by the Irish Health Service Executive in the case before the Irish High Court of Aja Teehan, a woman who wished to give birth at home after a caesarean section. Staffing shortages, proposed by Hewson, are another candidate, but any case would be fact sensitive taking account of the hospital’s contingency planning and the woman’s situation, including of course her willingness to go to hospital, as the Irish court recognised. There may be some cases where limitations would overpower the right and others where they would not. In the only litigation I know about on this issue, judicial review proceedings were threatened against a London NHS Trust in 2011 after it suspended its home birth service. The Trust backed down and used independent midwives to cover its staff shortfall. 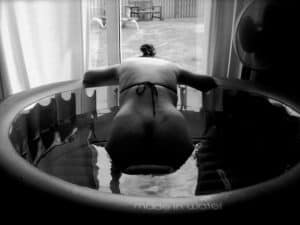 The Department of Health appreciates the importance of providing women with a variety of birth choices and promotes home birth as a “national choice guarantee”. It expects NHS Trusts and Clinical Commissioning Groups to make home birth services available to their local population. With the sanction of central government, home birth is not simply a legitimate choice, but a choice that women can reasonably expect to be made available to them.

It is no coincidence that the fight for respect for rights during birth has emerged at the same time as the fight for respect for the rights of the dying. Both groups have been failed by modern healthcare and turned to the law for recognition and support. The law has begun to oblige, recognising that birth and death demand sophisticated conceptions of individual autonomy and a sensitive legal response.