UPDATE – The RCM has issued a statement about the discussions at the Legal Birth Conference. Watch it here.

As you might have seen reported online, the RCM held a Legal Birth Conference last week. The conference is intended to help midwives get to grips with the law as it applies to maternity care, so it’s very troubling to see a report of the conference which suggests that the speakers made inaccurate statements about the law. 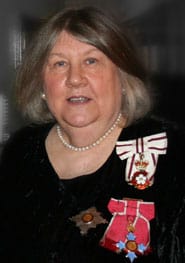 ‘If continuous monitoring is right for a woman, then we can’t give her the choice not to have it.’

If this is an accurate reflection of what Dame Muirhead said (and of course, it might not be), it reveals a serious misapprehension about the law on consent. Let’s take a step back and consider the basic principles (so clearly explained by Hermine Hayes Klein in the previous post). It requires the healthcare professional to inform the woman about her condition and explain the potential options for her care, which could include continuous monitoring. Informing a woman means also explaining the risks and benefits of the procedure and alternatives, such as intermittent monitoring or no monitoring. The woman then makes an autonomous choice. Failure to give the woman potential alternatives invalidates consent. If Dame Muirhead’s approach were right, women could be coerced into any medical treatment, such as cesarean section. As our courts have said time and again, no one, pregnant or otherwise, can be forced to accept medical treatment of any kind.

Dame Muirhead sits on the NMC panels that determine whether or not a midwife is fit to practice midwifery. Cases come up before the NMC where midwives are criticised for failing to follow hospital policies on procedures such as continuous monitoring. A midwife may say in her defence that the woman refused to accept monitoring, as she is lawfully entitled to do. If the NMC panel do not understand the basic principle of consent, they could sanction a midwife for ‘giving the woman the choice’. This turns midwives into instruments of coercion.

Birthrights is seeking clarification from Dame Muirhead about her true position.

At the same conference, barrister Barbara Hewson is reported to have suggested that  the NHS can deny women the choice of home birth. Again, this probably does not reflect the context and nuance of what Barbara Hewson actually said, but it is worth clarifying the legal position on providing a midwife at a home birth.

To quote from our factsheet on choice of place of birth:

‘All NHS Trusts are expected by the Department of Health to make out-of-hospital services available to women in their area. According to Department of Health guidance issued to the NHS, women’s choice of place of birth, whether in hospital, in a birth centre or at home, should be a ‘national choice guarantee’. However, there remains regional variation in the out-of-hospital services available to women.

Article 8 of the European Convention on Human Rights protects every person’s right to respect for their autonomous choice about their private life. In Ternovszky v Hungary (2010), the European Court found that this includes women’s right to decide the circumstances, and location, in which they give birth.

Article 8 is a qualified right. Respect for private life and autonomous choices can be limited only if there are legitimate reasons for doing so. But the public body refusing to respect a person’s choice would have to prove both the reasons for limiting choice and that these are proportionate, i.e. the reasons outweigh your right to make the choice. If an NHS Trust refuses to provide a home birth service, this may breach your Article 8 rights unless it can give good reasons for its decision, which must be backed up by evidence.

If you have been told by your midwife or other healthcare professionals during your pregnancy that you can give birth at home or in a birth centre, you may have a ‘legitimate expectation’ of giving birth there. This is simply a legal way of saying that you should get what you have been promised. It is only lawful to refuse to honour a legitimate expectation if there are proportionate reasons for doing so.

If staffing shortages are given as a reason for refusing your choice of place of birth, a hospital may be expected to have contingency plans in place (such as hiring independent midwives) to ensure that there are enough staff to provide the services it has promised.‘

There has not (yet) been a case before the UK courts about legal entitlement to a home birth service, so it is not possible to give a clear answer about the reasons that might be accepted by the court for refusing to provide a midwife at home. But it would be misleading to suggest that Trusts are not open to potential liability for failing to provide a midwife at a home birth. They are. Indeed, the only case in which legal action of this sort has been formally threatened led to the NHS Trust engaging independent midwives to cover a suspension in its home birth service.

Birthrights exists to make sure that the law on maternity care is explained clearly, accurately and in all its nuance. We have our job cut out!

Please join with us in this vital work by making a monthly or one-off donation to Birthrights. We rely entirely on the work of volunteers and your donations.