The government’s consultation on the latest round of legal aid cuts closes today. These proposals pose a profound threat to the rule of law and the protection of some of the most vulnerable people in our society, including pregnant women.

Here is what 90 leading barristers had to say about the proposals in a letter to The Telegraph on Wednesday 29 May:

“The cumulative effect of these proposals will seriously undermine the rule of law, and Britain’s global reputation for justice. They are likely to drive conscientious and dedicated specialist public law practitioners and firms out of business. They will leave many of society’s most vulnerable people without access to any specialist legal advice and representation. In practice, these changes will immunise Government and other public authorities from effective legal challenge.”

We have addressed some of the implications for vulnerable pregnant women, in particular prisoners and asylum seekers, in our response. You can read it here. 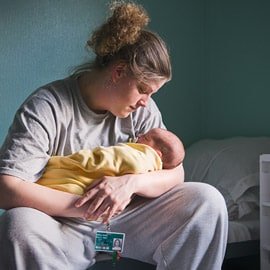 A prison proposed to separate a mother from her baby who suffered from Down Syndrome on the basis that the baby had exceeded the maximum age for the unit. The mother was a foreign national prisoner who was due to be repatriated shortly after the separation. After discussions between the mother’s solicitor and the foreign consulate, a prison was found in the mother’s home country which accepted older children in its mother and baby unit. Extended negotiations took place between the mother’s solicitor and the UK prison that led eventually to an agreement that the baby could remain with the mother until she returned to her home country where she could continue to care for her baby. The case was complex and involved a great deal of commitment on the solicitor’s behalf to work out a solution for the family. There is no doubt that without access to a specialist prison law solicitor the family would have been separated at great personal and emotional cost and long-term trauma for mother and child.